A Central Coast Wedding Photographers Nightmare: What Would You Do? 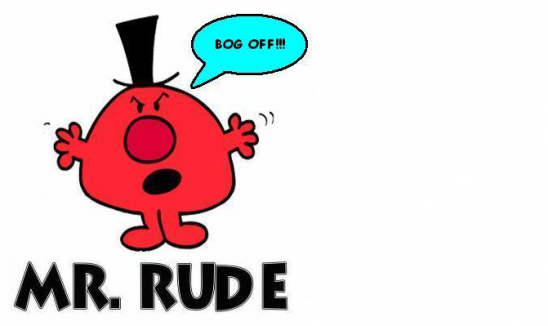 I had an “interesting” wedding experience yesterday – the worst I have ever encountered in my ten years of shooting.

As you can imagine, I come across all types of people at weddings, with very different personalities and I like to think that I can cope with and get the best out of most people at every shoot.

Yesterdays shoot was a tough one though.

On arrival at the grooms home one of the groomsmen (wannabe assistant) decided to give me photographic and posing advice even before his introduction. I guess this alone is not uncommon as everyone is a photographer at a wedding and everyone has some ideas – especially if they have been married or part of a bridal party as this guy had been. He explained to me that he shoots heaps at weddings and puts together slideshows for all his mates after their wedding with the images he’s captured on his little point and shoot digi camera.

I happily agreed to oblige him to keep the peace and assured him that I will shoot the couple of shots he wanted throughout the day – one of which was the whole bridal party linking arms and walking down the street – no probs, I can do that, happy to.

After getting my gear together and ready to start shooting, here he was again – with another suggestion for a shot right now. His request was to get a photo with the guys in their board shorts and footy jumpers with beers in front of a sign in the neighbours front yard that had some sort of religious message about Jesus (yes, this is an unusual sign to have in a residential yard but I didn’t think it was worthy of including in a wedding shoot).

I suggested that we give that a miss so not to offend the neighbour and that it’s not really the type of thing I shoot, nor did I think it would ever be included in the couples album – but feel free to shoot it on your camera. He seemed to take it ok but it was evident that he wasn’t used to having someone disagree with him or his ideas.

I finished photographing the guys with no more hassles, plenty of laughs and I left for the brides home, happy with what I’d captured.
The bride and bridesmaids were great! The bride was absolutely gorgeous, the dress fantastic and once again there were non stop laughs and some great images captured.

The next hiccup was at the location shoot. After almost finishing at the first location with both light and time disappearing quickly my groomsman had an idea for a shot that he wanted me to get before we left that spot – the bridal party all linking arms and walking up a boat ramp (about 50m away). Hmmm, sounds familiar. I replied that we can get the other shot that he wanted (with the bridal party linking arms) at the next location which would be better for that shot. No, not good enough, he wanted both. I reminded my “assistant” that the boat ramp was a series of ridges for tyre traction and that the girls won’t be able to walk on that surface with their high heels. His reply was to shoot it in front of the boat ramp instead.

Maybe I should have obliged him here but my thought were – this is ridiculous, to go and spend 10 mins shooting something that will look rubbish, in fading light and limited time when I knew there were some great images that could be captured at the next location. What would you have done?

NOTE: at this point, the groom was telling this guy to be quiet and just listen to the photographer, that’s who is getting paid to shoot.

Anyway, I said it was time to get to the next spot and on arrival only one of the two bridal cars turned up? Oh well, I had the bride and groom and started shooting while waiting for the others. Ten minutes later the rest of the party turn up with eyes rolling as they let us know they had to get some shots at the boat ramp first at the insistence of my “assistant”.

We finished the location shoot and it was off to reception – I was happy with what I had in the bag.

The last straw for me was during the speeches when my “assistant”  totally humiliated me on the microphone with repeated name calling. The first time drew a laugh, from myself and the guests but after the fourth time it became a little monotonous and boring.
Interestingly and even more embarrassingly, the guests included two couples with their parents that I had photographed earlier this year as well as other personal friends of mine.

Once I had the photos of this guy making his speech, I sat down out of sight to wait for him to finish. Sure enough, a minute later he’s at it again – more offensive name calling, over and over again directed at me. At that point – one of the guys that I had photographed previously at his wedding called out, “finish your speech and sit down, it’s not your wedding”. To which there was loud applause.

At that point I was at a crossroads – pack up and leave or stay and finish the shoot.

I stayed, I didn’t want to – what would you have done?

The Reef Restaurant at Terrigal Haven – a great option for your wedding reception
October 20, 2014