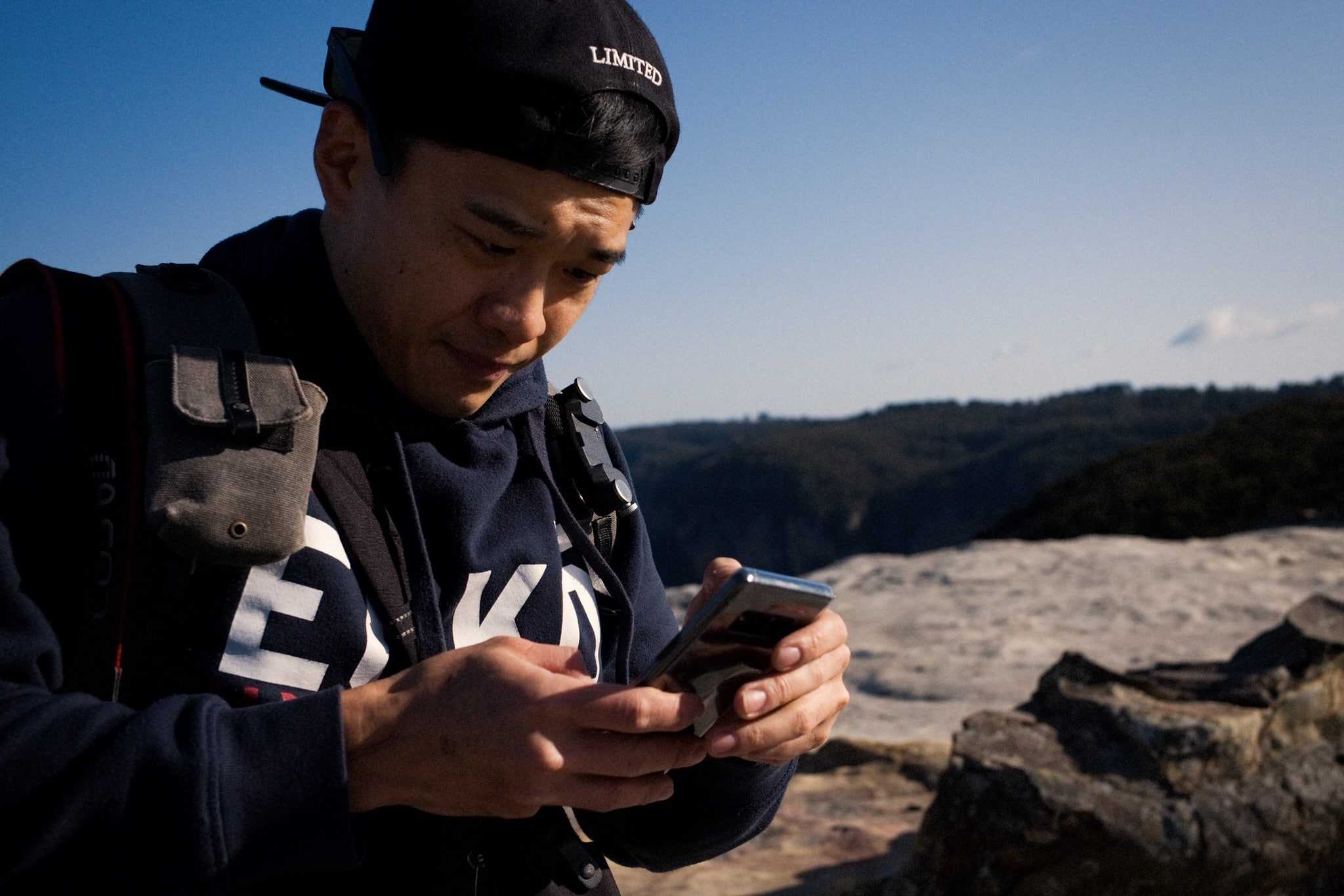 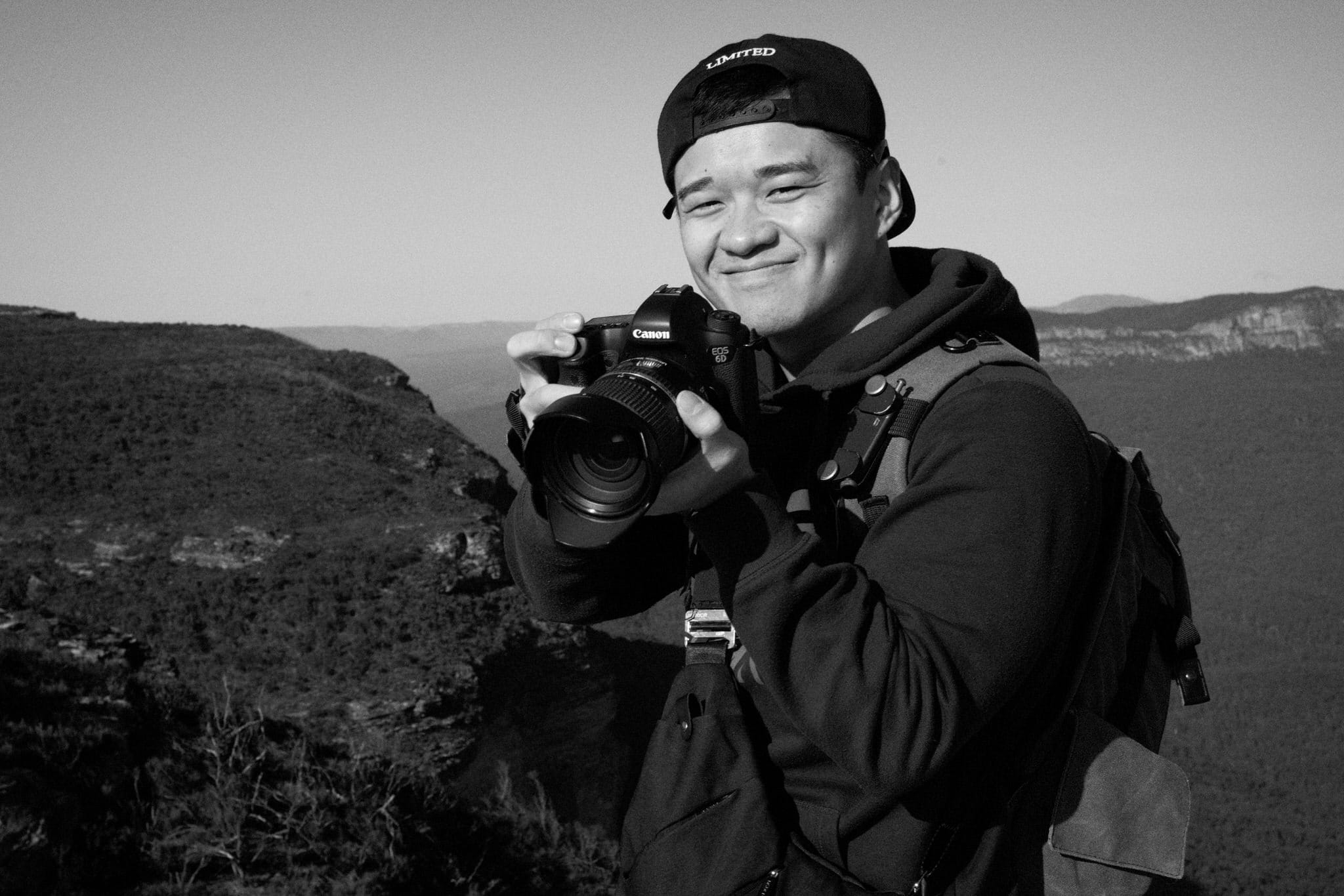 Linda and I met Jay at Lincoln’s Rock in the Blue Mountains while on a short getaway. We thought it was an apt spot to visit, seeing we were meant to be in Europe right now and this lookout is on Little Switzerland Drive.

Jay was the only person at the usually popular, often busy lookout with spectacular views and no fencing or handrails from the high rock platform. Search for this location in Instagram, and you’ll be f with images of people in wide-brimmed hats, stunning sunsets and dangling feet over the crazy high rock ledges.

We got chatting, and Jay told us he was originally from South Korea and now lives in Sydney. He loves to get out of the city on his days off to take photos and enjoy the outdoors which he said was so easy to access compared to back home.

He was planning to camp out in the mountains that night but hadn’t decided just where yet. I hope he has some warm sleeping gear because the nights are damn cold, especially in winter! Yes, spring starts tomorrow, but the nights are still bloody cold.

Although Jay has been in Australia for eight years, he’s only been back home a couple of times and loves living here. He started out living in Queensland, made his way down the coast and has settled in Sydney two months ago after finding work as a chef.

I asked if any of his family are likely to follow him out here? They’d love to because it’s so difficult to find good jobs in Korea.

As I write, I’m unsure if that meant his family all had good jobs in Korea and were reluctant to give them up or, they’d love to come to Australia because jobs are plentiful, but it’s tough to get here.

We finished by sharing some potential spots for some afternoon photos, said our goodbyes and headed over to get some Instagram worthy photos of Linda as close to the cliff edge as I was comfortable to see her. If only she had a wide-brimmed hat, like all the cool kids on Insta. 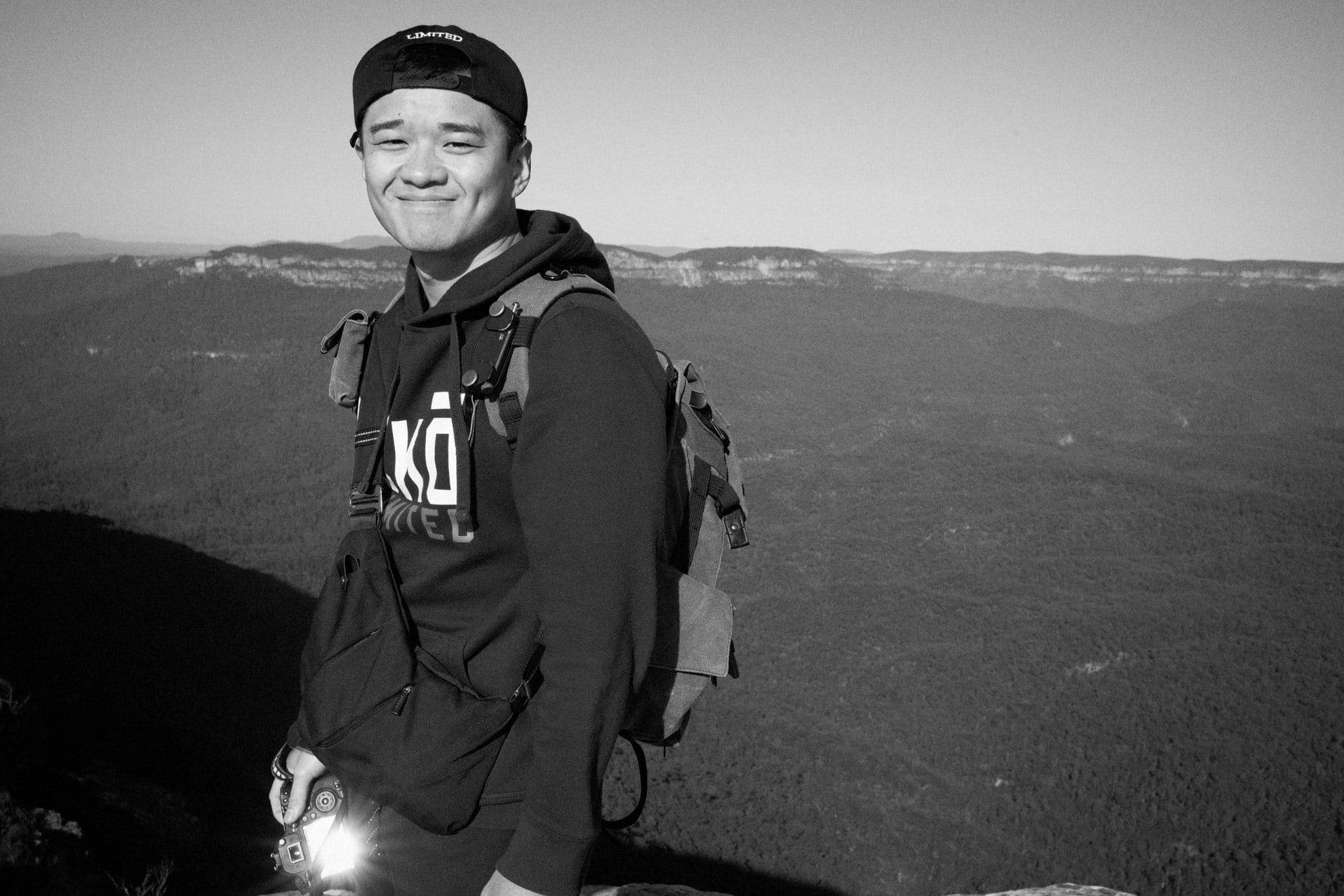 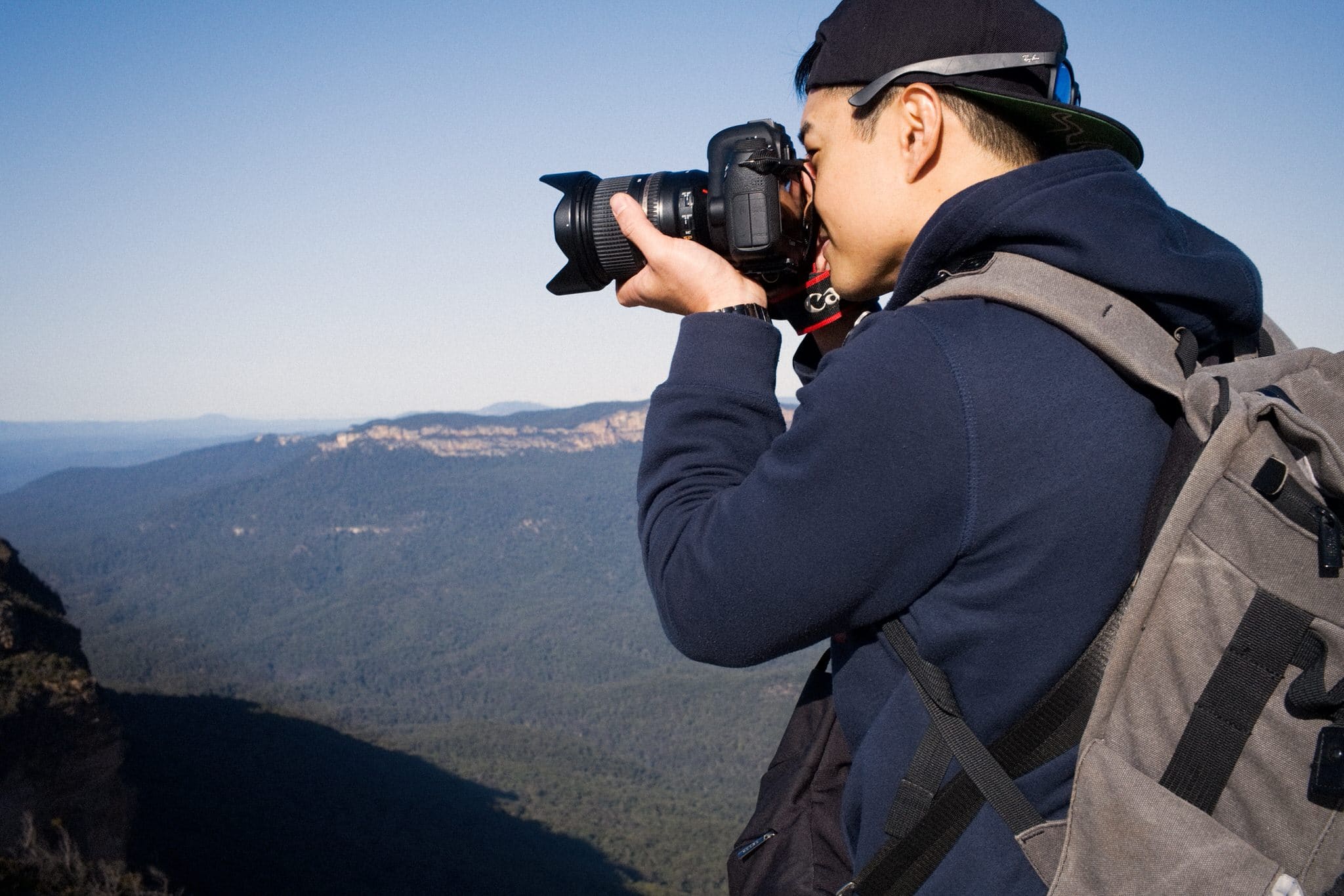 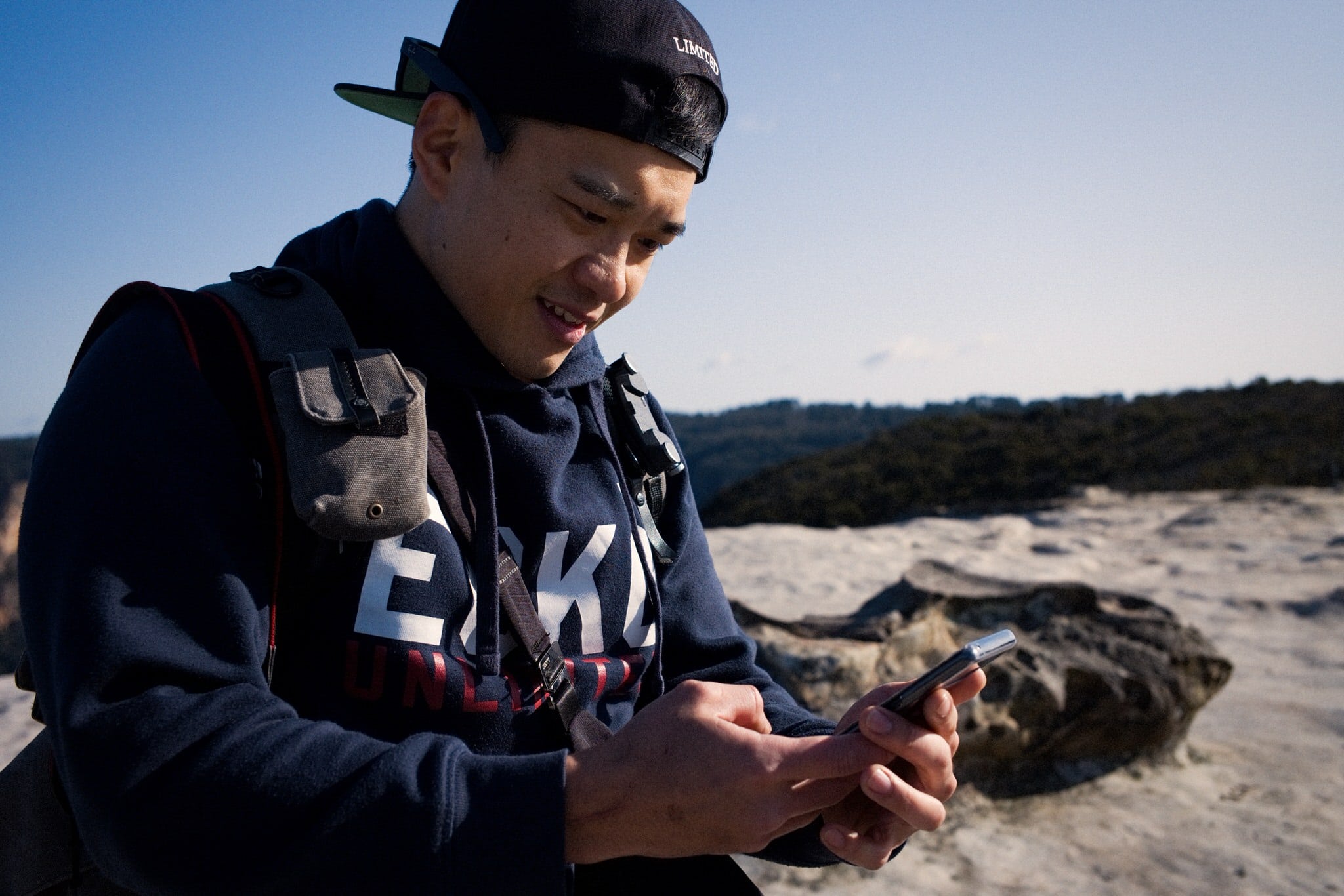