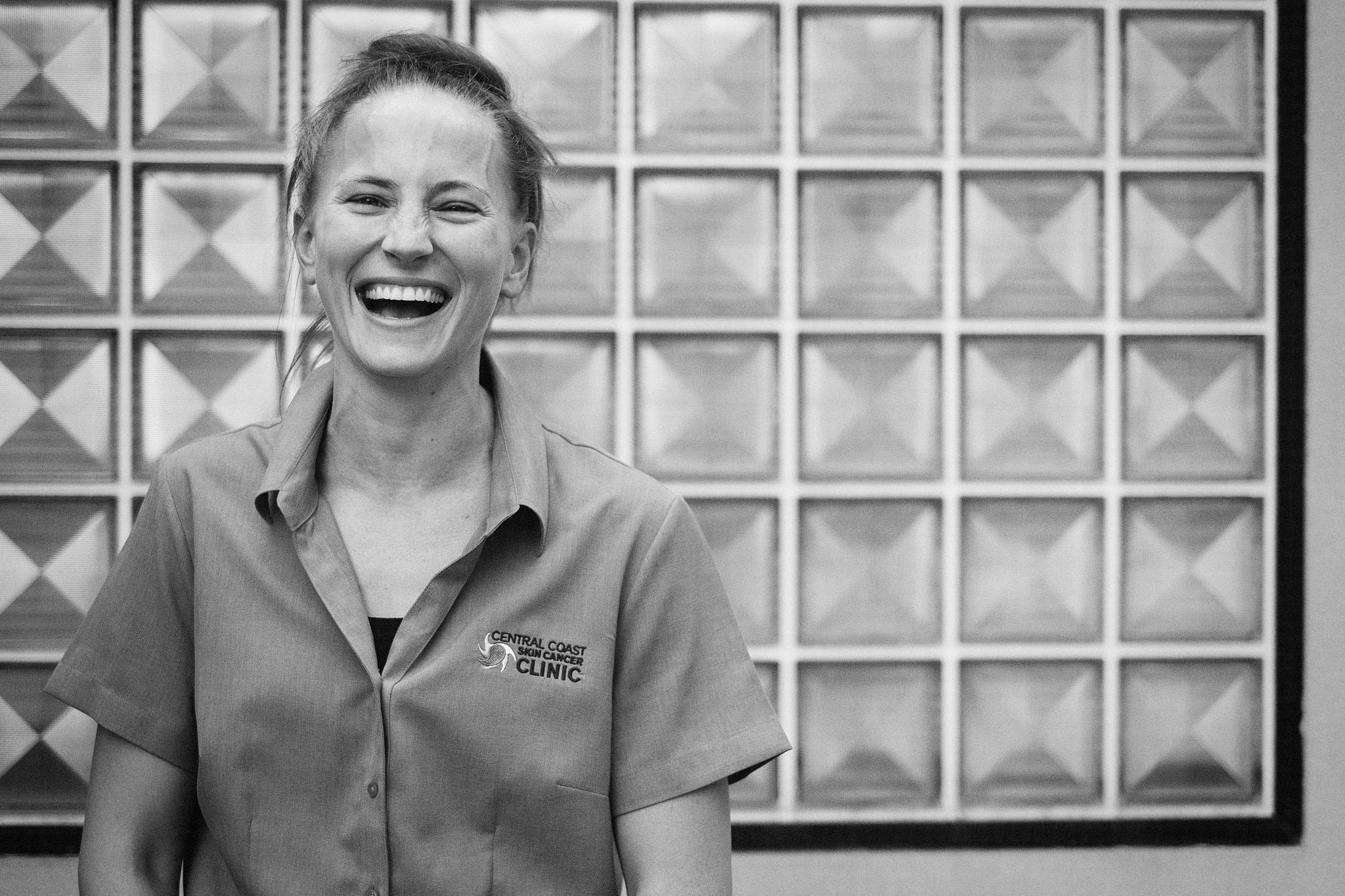 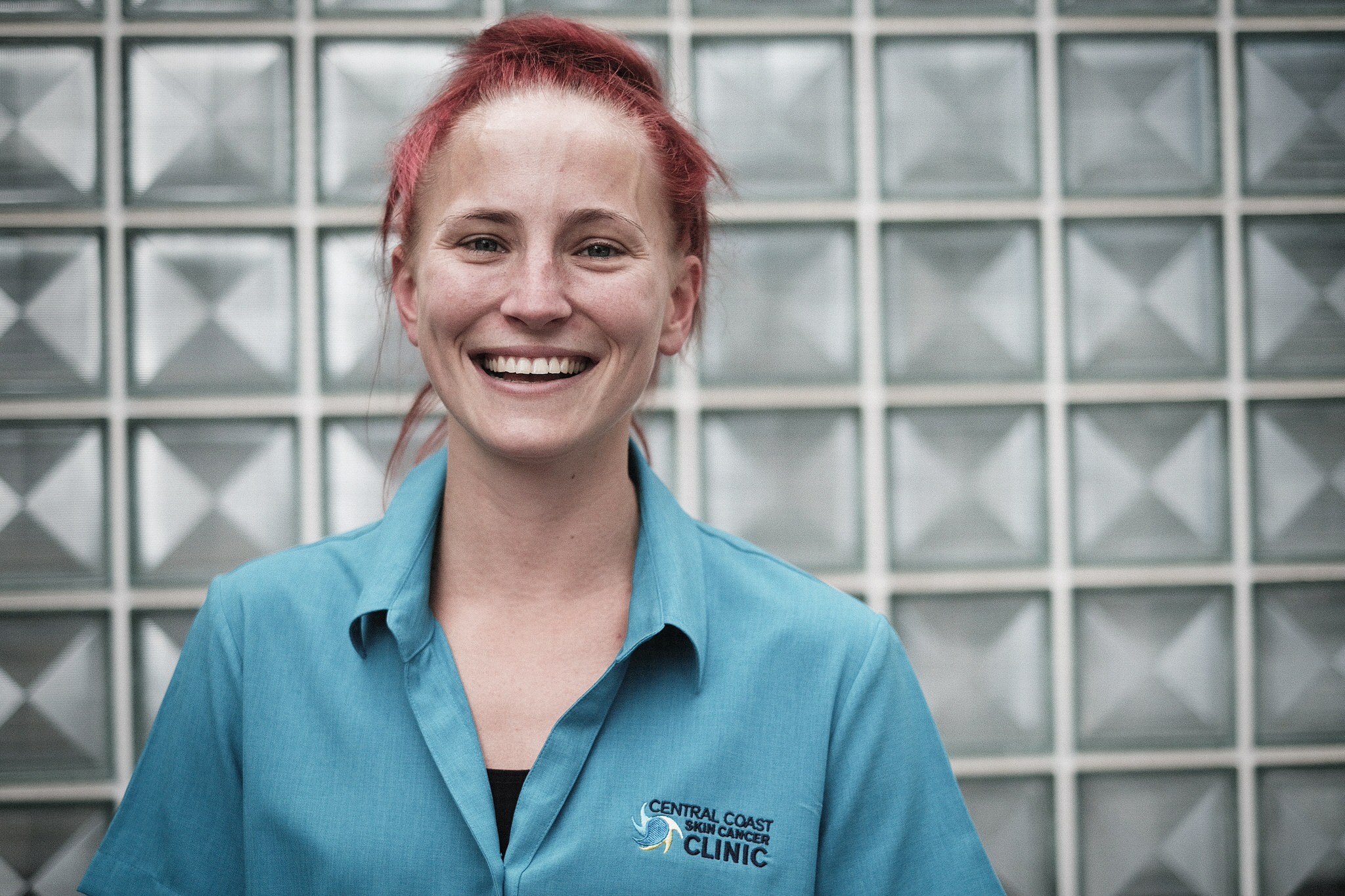 “All clear” the doctor said. “Wear a hat and keep slapping on that sunscreen and I’ll see you in 12 months.”

“Sure thing, thanks Doc! See you then.” I replied as I left the consultation room.

I walked out of the Skin Cancer Clinic and spotted Krystle, sitting, leaning up against the wall of the clinic totally absorbed in a magpie she was hand feeding from a small bag of lean mince.

“How long did it take to do that?” I questioned.

“It took six months for her to trust me but she’s pretty good now.”

“I’m worried about the male though, I haven’t seen him all day and he should be here. I hope he’s ok.”

The Maggie approached confidently. Stopped a neck stretch away, looked at the offering and snatched the meat with her beak, right from between Krystle’s finger and thumb.

“Watch” Krystle told me. “She’ll get full, then feed some to the baby if it doesn’t come over itself. She shouldn’t be feeding her baby anymore, it should be starting to fend for itself now.”

The mother walked over and dropped the piece of mince into the babies upturned and open beak before returning to Krystle for more.

“That’s where they live… In that tree over there,” Krystle said pointing to a big gum about 100m away.

“In the beginning, Maggie the mum used to do repeated flights between me and the tree, feeding her little one. Now the little one is flying and should be looking after itself.”

I asked to take a photo and Krystle agreed.

We chatted some more and it turns out she’s engaged to be married and a friend of mine (who I met after photographing her wedding over ten years ago), Ilona, had referred Impact Images to Krystle. Not only that, we’d “met” on Facebook a week earlier when she posted about looking for a wedding photographer. 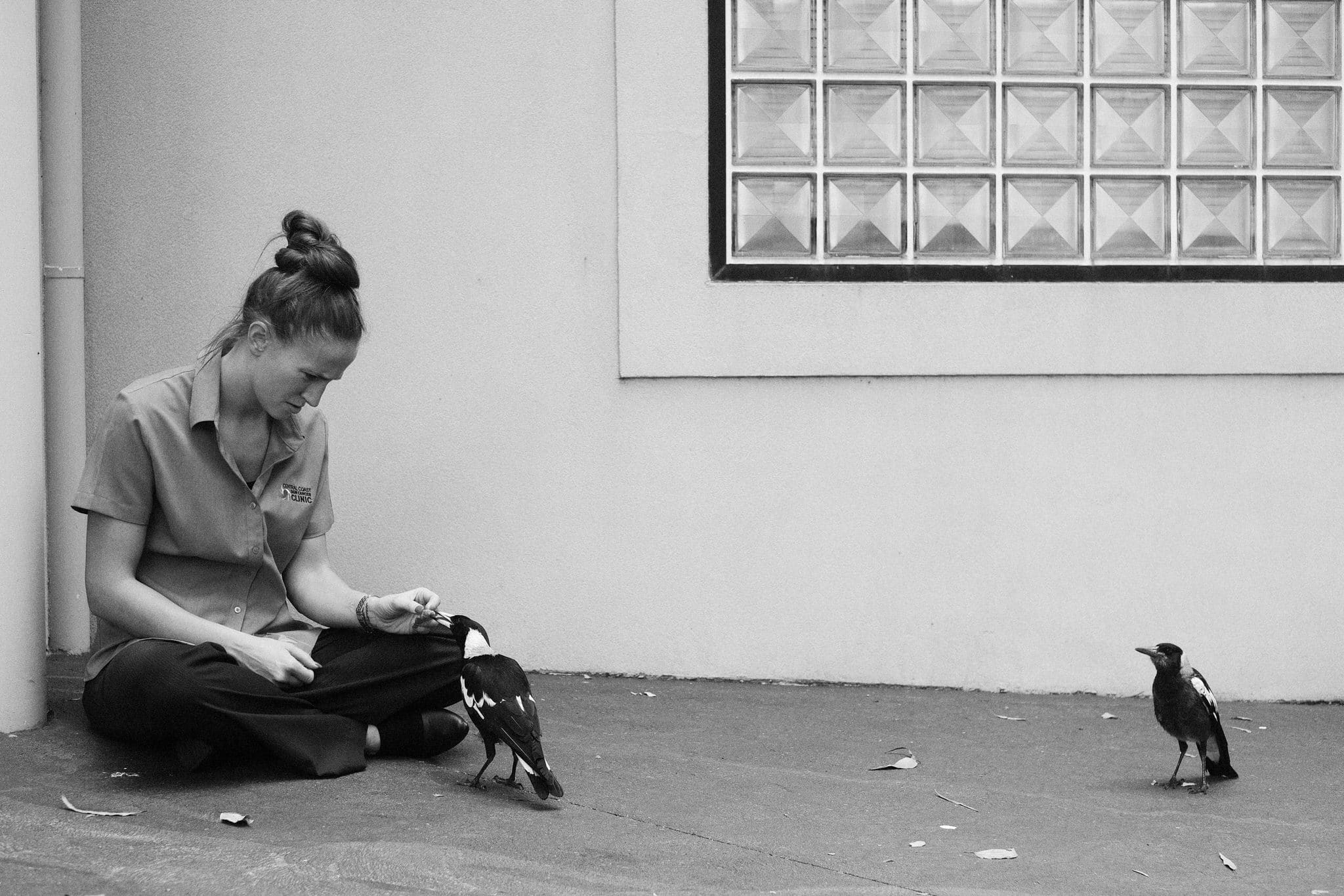 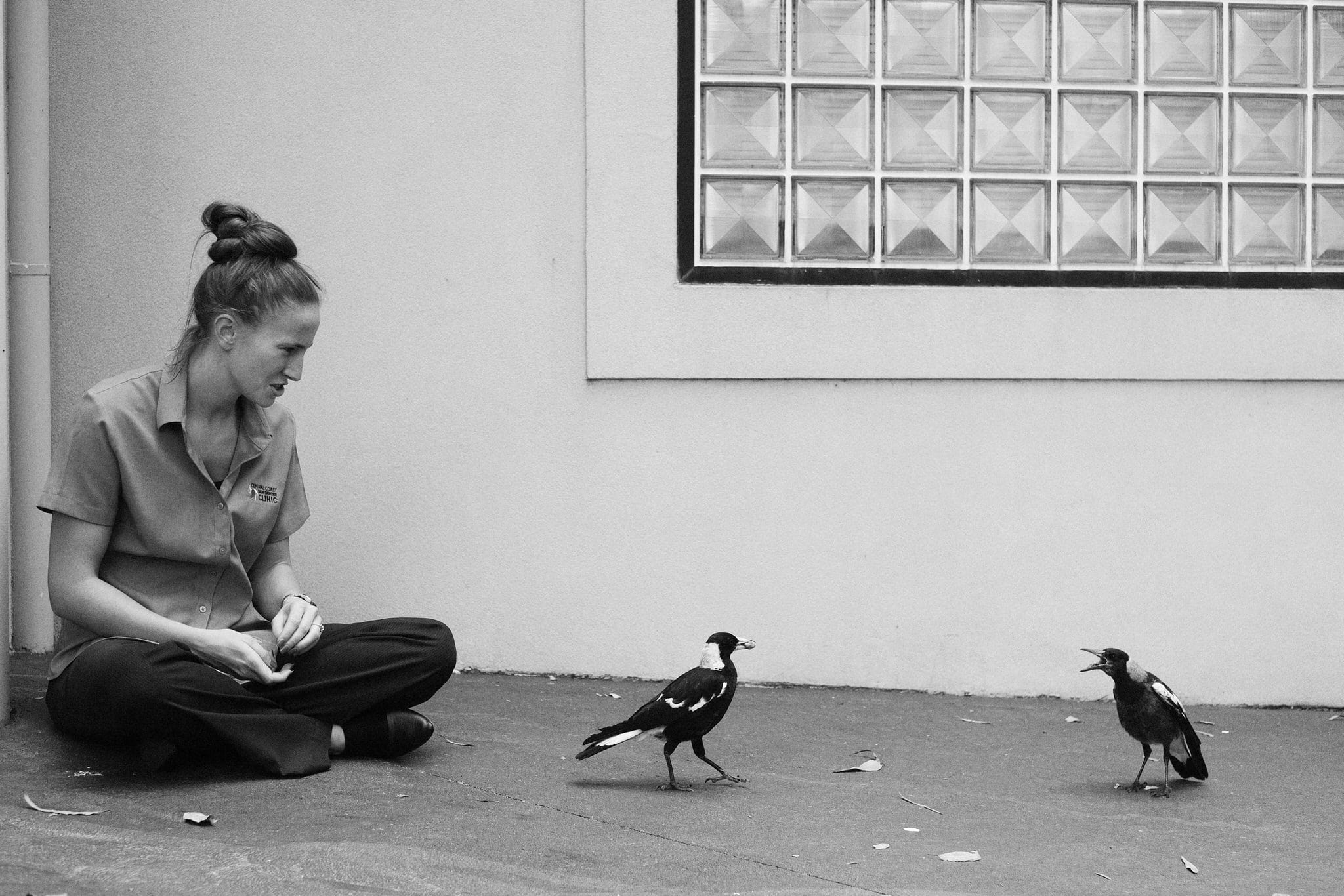 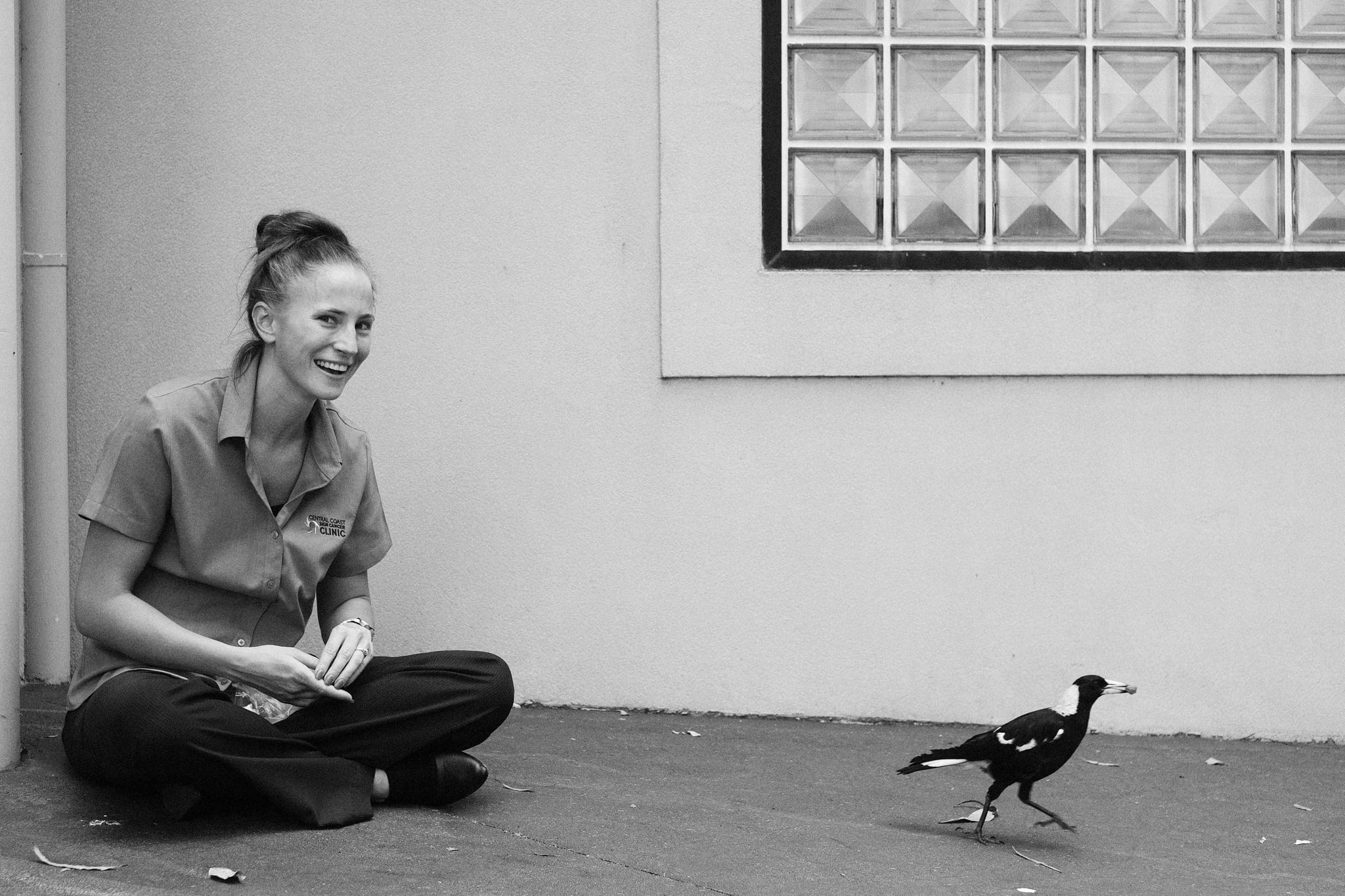